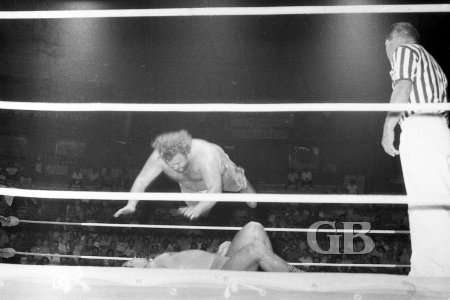 Klondike Bill about to "Splash" Higuchi. 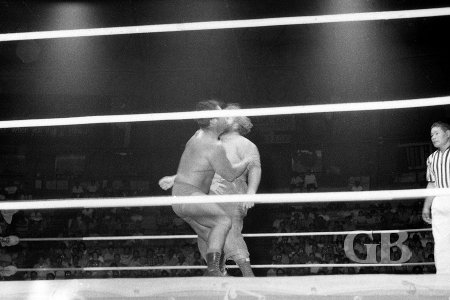 Higuchi runs into a stone wall of a body in Klondike Bill. 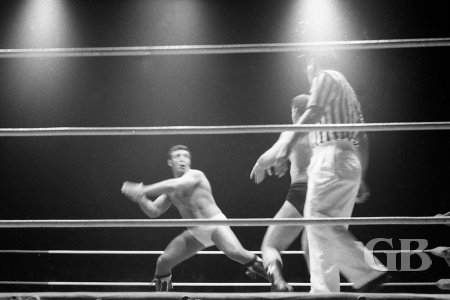 The next match was a tag team battle between Johnny Barend with his long time partner the Magnificent Maurice against Curtis Iaukea and Neff Maiava. Barend and Maurice were once a championship team on the mainland. Iaukea and Maiava, fierce adversaries in the past, teamed up to go against Barend and Maurice. 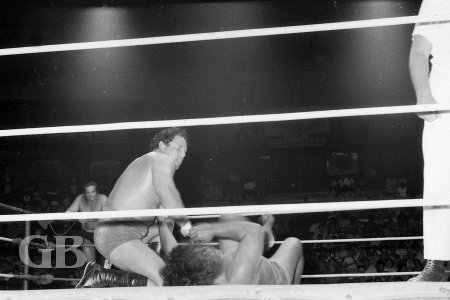 Barend with an arm bar on a downed Maiava. 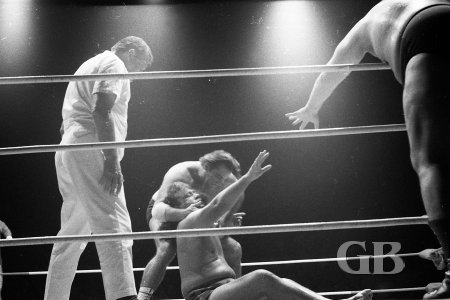 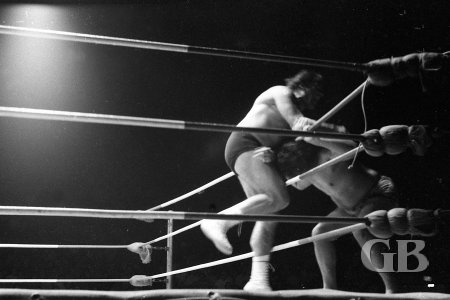 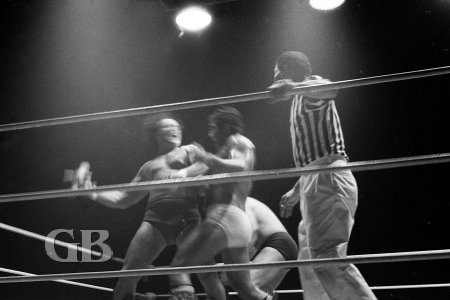 Billy White Wolf enters the ring to assist Maiava & Iaukea after the match.

The main event of the night was a Pier 9 Brawl between Collins and Hady. Friday Allman and Chief Billy White Wolf served as seconds for Ripper Collins and Jim Hady respectively. The Brawl consisted of 15 two minute rounds with a rest period between each round. 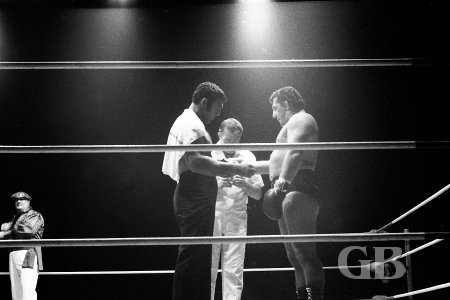 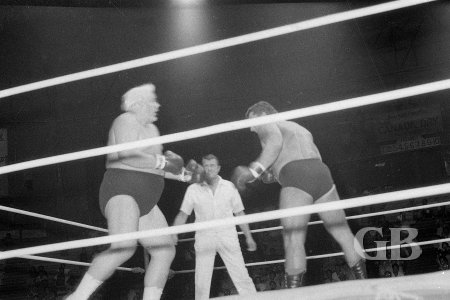 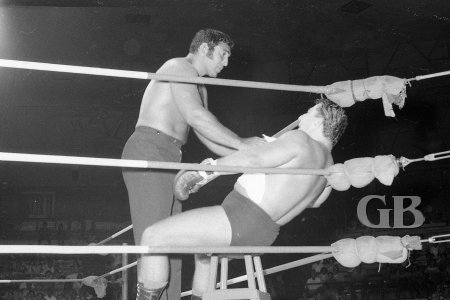 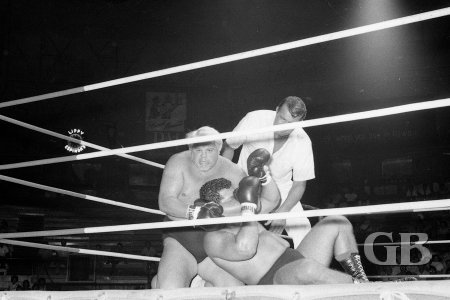 Collins tries to apply a headlock on Hady while wearing boxing gloves. 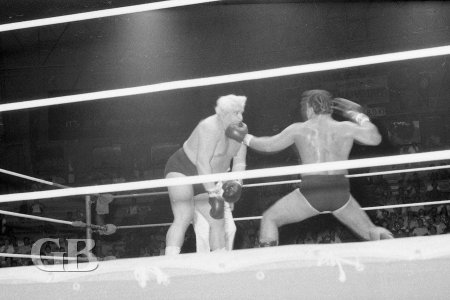 Jim Hady about to deliver a haymaker to Collins' face. 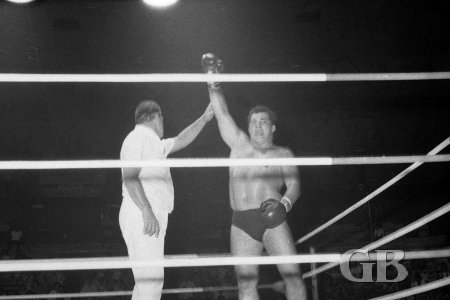 Jim Hady declared the winner of this Pier 9 Brawl. 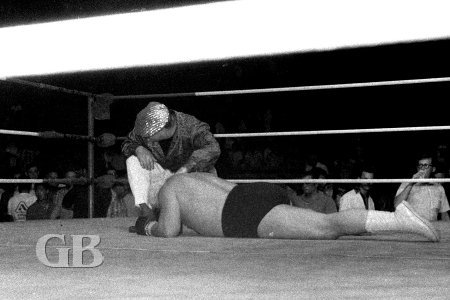 Friday Allman tends to a downed and defeated Ripper Collins.