On December 25, 1969, promoter Ed Francis presented a wrestling card at the HIC arena for the third year in a row. In the first match, Tex McKenzie defeated Harry Fujiwara, in the next match The Missing Link defeated Rubberman Johnny Walker, a substitute for Klondike Bill, who was unable to appear.

The third match was for the Junior World Heavyweight Championship with champion Danny Hodge putting his title on the line against Hahn Lee. After both wrestlers split falls, time ran out when neither wrestler could win the third fall and the match was declared a draw allowing Hodge retain the title. 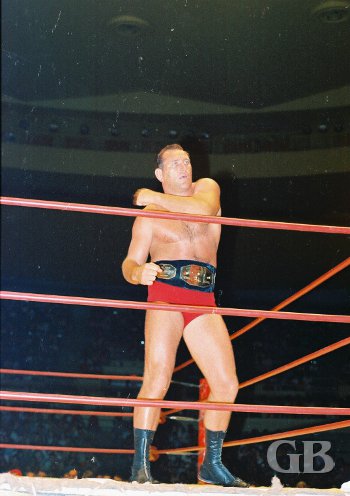 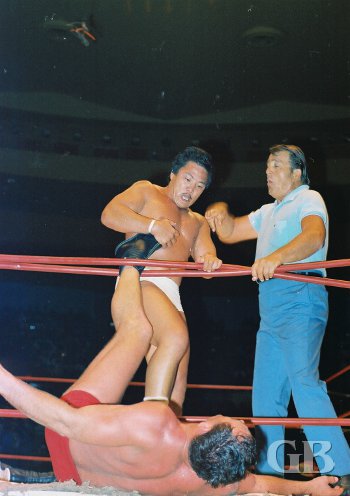 The fourth match was for the North American Championship with Pedro Morales putting his title up against Handsome Johnny Barend. At the start of the match, a group of fans presented Morales with a Christmas present; a watch. After receiving the watch, Morales gave the watch to Hahn Lee for safe keeping at ringside. After getting the watch, Lee headed back to the locker room to secure it for Morales. 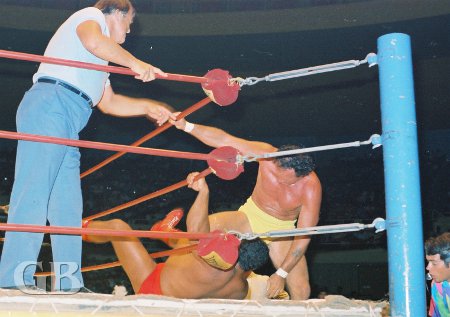 Johnny Barend works over Pedro Morales on the ring apron. 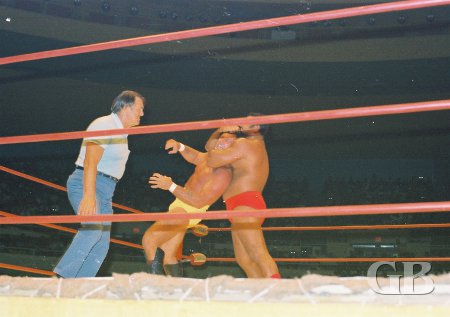 When the bell rang for the match, Morales attacked Barend. Barend got free and the two continued to wrestle. After 7:24 Barend rammed Pedro's head into the ring post and as Morales fell to the mat, he used a bombs away to win the first fall. Morales evened the match in 4:29 with a Sleeper Hold.

When the bell rang for the third fall, the two continued to wrestle back and forth. Morales finally got the Sleeper Hold on Barend and as Barend started to go under, all of a sudden Hahn Lee appeared and stumbled into the ring with his shirt ripped apart and his head bleeding profusely. Morales then let go of Barend and went to the apron to assist his friend Lee. Barend then took advantage of the situation by retrieving an object from his boot, clubbing Morales from behind, and pinning him in 11:17 to win the North American Championship. He then exited the ring quickly with the belt. Despite losing the title to Barend, Morales helped his friend Lee to his feet and escorted him back to the locker room. 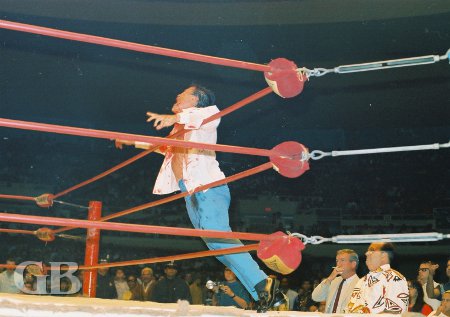 Hahn Lee climbs up to the ropes after being attacked away from the ring. 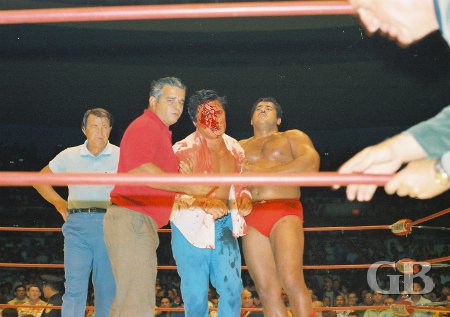 Nolan Rodrigues and Pedro Morales assist Hahn Lee out of the ring as Lord Blears prepares to open the ropes.

On KGMB TV's wrestling show the following Saturday, during the locker room interviews, Lee claimed that he was jumped from behind by Ripper Collins and his valet "Friday" that night as he went to secure the Christmas present watch for Morales. He also claimed that Collins and Friday took Morales' watch.

The next match was billed as an international tag team match with Japan's Giant Baba and Sakaguchi versus Tank Morgan and Jack Bence. After 11:17 into the match, the referee disqualified Morgan and Bence when they refused to break as they choked Sakaguchi in their corner. 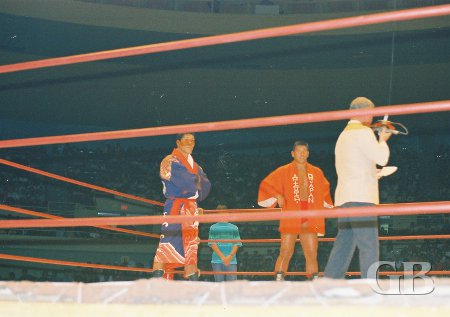 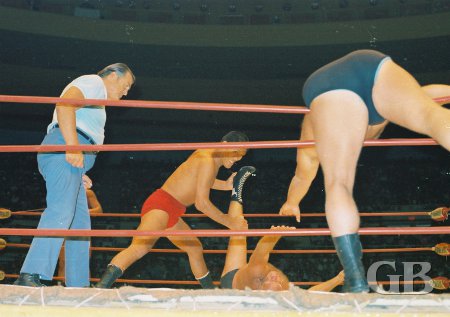 The last match of the night saw Ripper Collins and his valet Friday Allman battle the father and son team of Ed and Billy Francis. This was Billy Francis' first professional match at the age of 19. 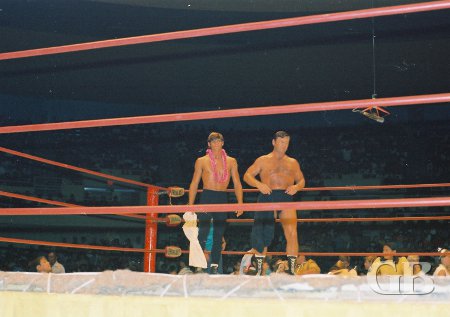 The father-son team of Ed and Billy Francis. This will be Billy's first professional match. 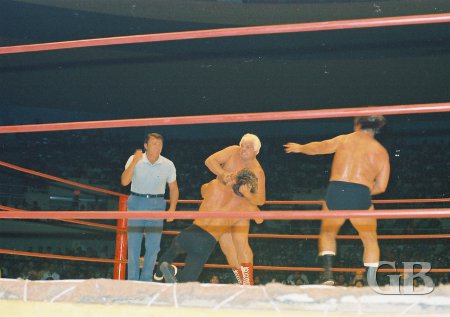 As the bell rang, fans were surprised that Billy did most of the fighting with Collins and Friday. Finally, after Collins and Billy had exchanged fists for about 15 minutes, Collins got Billy tied up in the ropes and kicked Billy severely. While this was going on, promoter Ed Francis had the Sleeper Hold on Friday. Soon, Friday was put to sleep and the fall and the match were awarded to the Francis team of Ed and Billy. 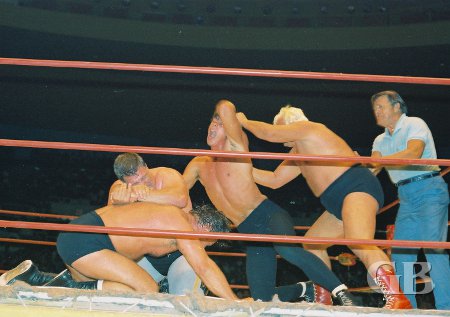 Friday Allman has a hammer lock on Ed while Ripper Collins keeps son Billy from helping his father. 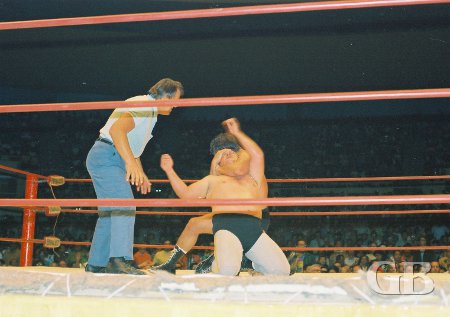