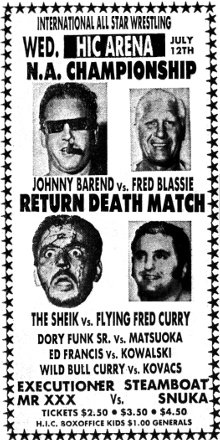 In March 1972, The Civic Auditorium, the site of weekly wrestling shows in Honolulu, closed its doors and ceased operations and promoter Ed Francis had nowhere to hold his weekly wrestling shows. Instead, Francis started promoting wrestling at the Honolulu International Center Arena, which was owned by the City of Honolulu and had restricted wrestling events to once or twice a month depending on the time of year.

The HIC seated over 8,000 fans for wrestling and in order to fill the arena, Francis started flying in top wrestlers from around the country. On this night, Francis used wrestlers from Detroit, California, and a few local wrestlers who stayed in town after the Civic closed. Ed Francis changed the name of his promotions from Big Time Wrestling to International All Star Wrestling. 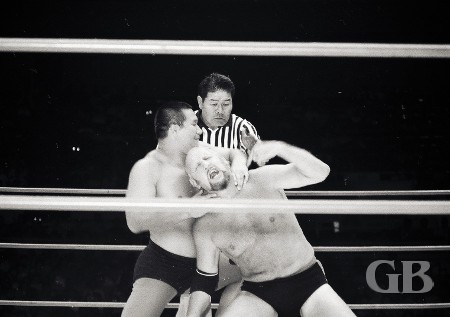 Dory Funk Sr. struggles to get out of Matsuoka's nerve hold. 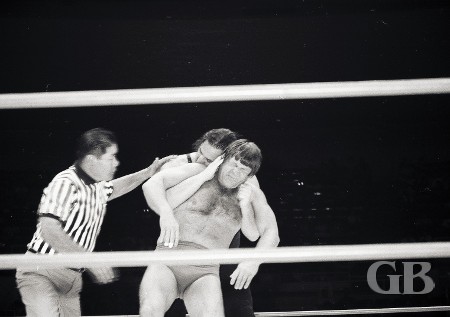 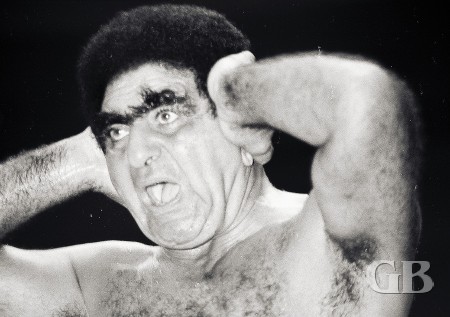 Bull Curry plays to the crowd. 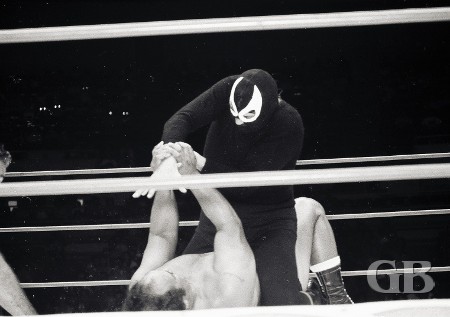 The Masked Executioner tried to apply his deadly Claw Hold on a downed Sam Steamboat.

The first main event was billed as a Return Death Match with the Sheik versus Flying Fred Curry. During the match, the Sheik's manager entered the ring and both he and the Sheik started working Curry over and when the referee tried to stop them, he was knocked out. 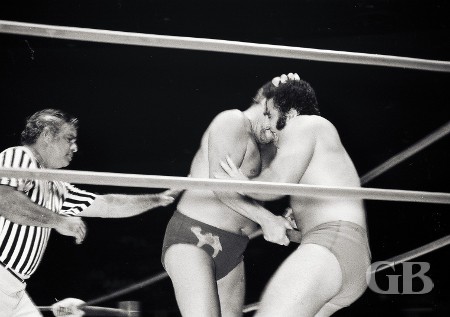 The Sheik jabs Flying Fred Curry with a foreign object. 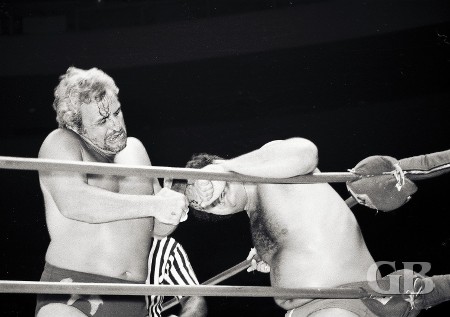 A bloody Sheik continues to work over Flying Fred Curry. 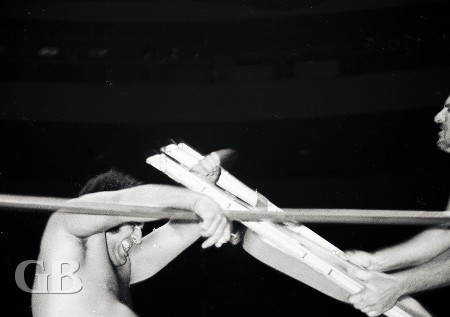 The Sheik batters Fred Curry with a chair. 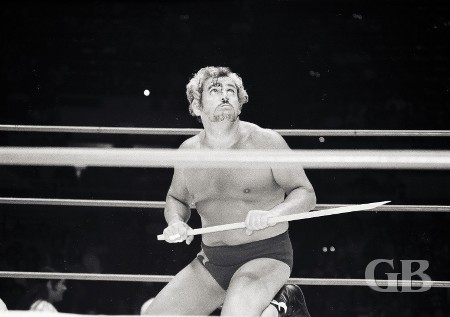 A bloody and innocent looking Sheik plays to the crowd with a sword.

The other main event had Handsome Johnny Barend defending his North American Championship against Freddie Blassie. Barend retained his title when Blassie was disqualified for refusing to stop biting Barend in the ring. 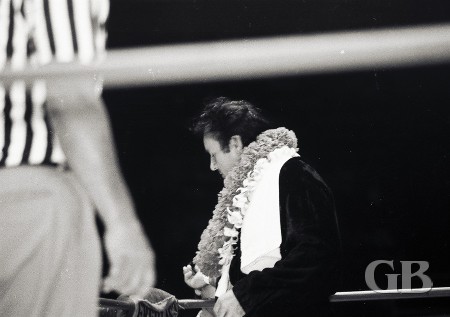 A lei laden Johnny Barend is welcomed back by the fans. 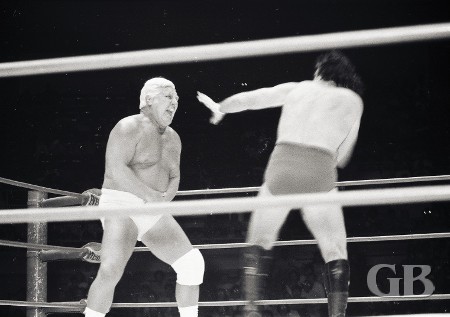 Johnny Barend sizes up Fred Blassie for another blow. 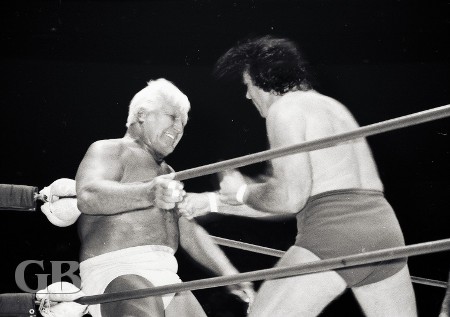 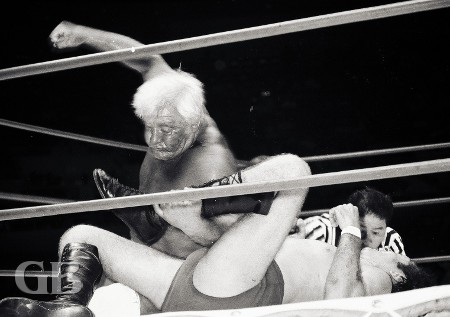 Fred Blassie gets his revenge. 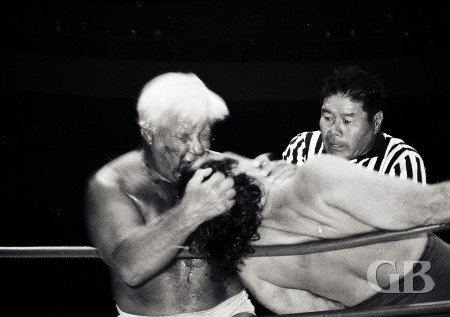